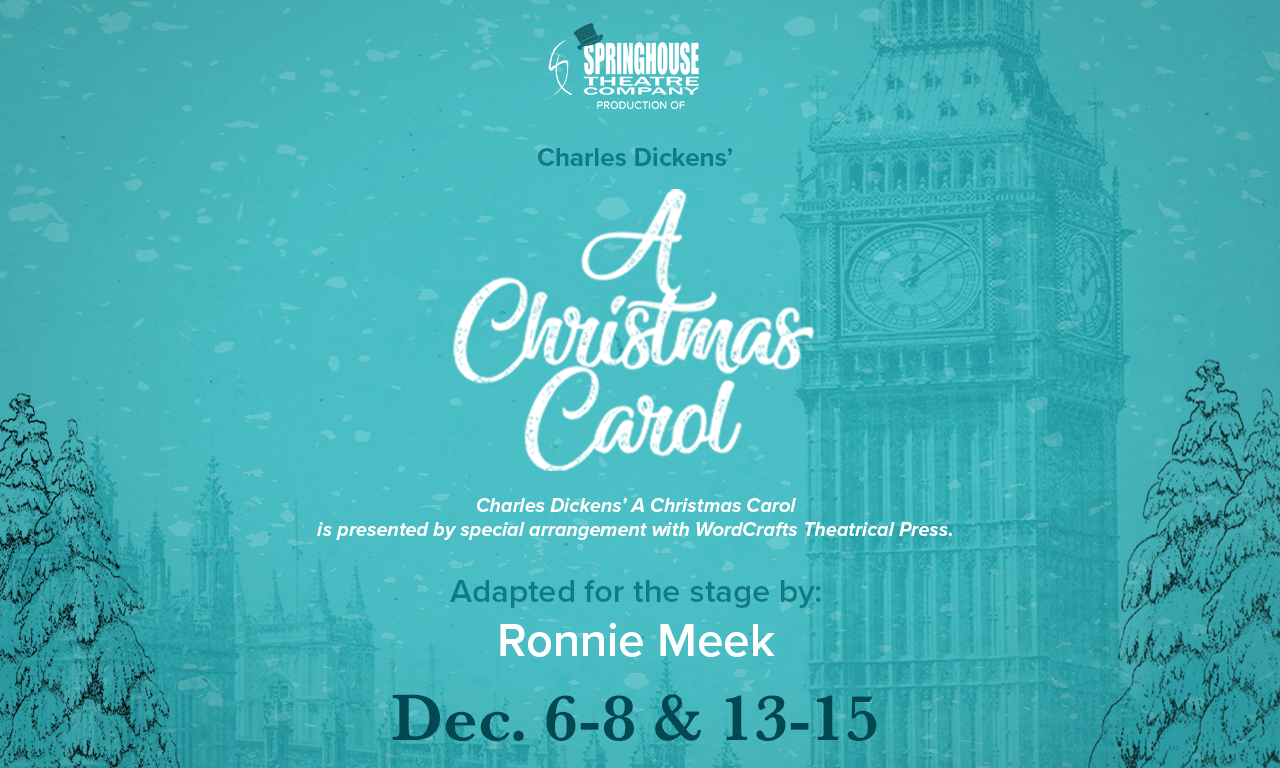 Directed by Robert Kiefer, Charles Dickens' A Christmas Carol—written by playwright Ronnie Meek—represents a faithful, fast-paced version of Charles Dickens' iconic tale. All the favorite characters are there, from Tiny Tim to the Ghost of Christmas Yet to Come.

Charles Dickens' novella, A Christmas Carol, first published in England on December 19, 1843, was almost single-handedly responsible for rejuvenating the old Christmas traditions of England, such as carol singing, while at the same time celebrating new traditions like the Christmas tree and sending Christmas cards.

While the Christmas traditions portrayed in the novella are bursting with images of light, joy, warmth and life, it also contains strong images of darkness, despair, coldness, sadness and death, embodied by the story's miserly protagonist, Ebenezer Scrooge. Ultimately, it is a tale of redemption and spiritual awakening to the needs of one's fellow man.

Since its original publication, A Christmas Carol has never been out of print. Its popularity has continued to swell for more than a century and a half, and it has been repeatedly adapted in a variety of artistic mediums including ballet, opera, films, Broadway musicals, a chamber orchestra presentation and even a mime production. There are, of course, multiple stage play adaptations of this beloved tale, each with its own particular spin on the story.

Charles Dickens' A Christmas Carol runs December 6-8 and December 13-15. Friday and Saturday performances are at 7:30 PM and Sunday matinees are at 3:30 PM.

You'll Want to See This