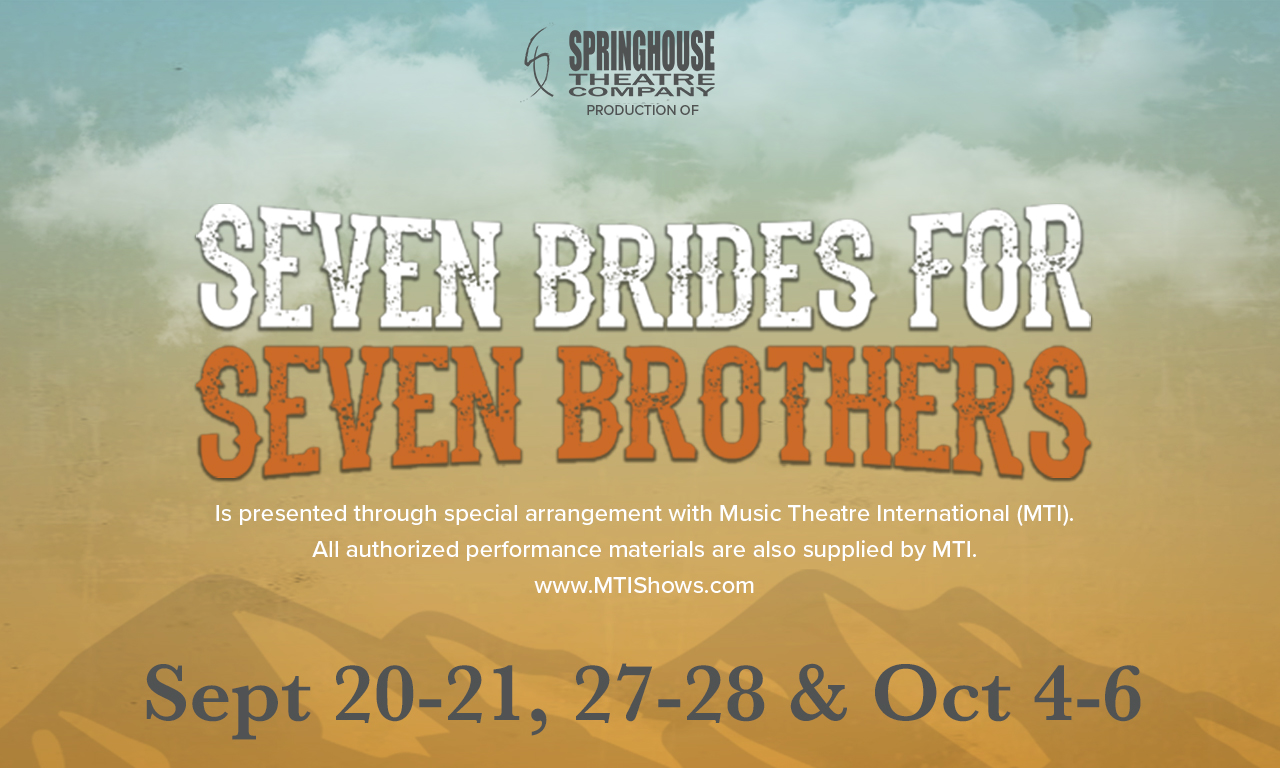 Based on the classic 1954 film, Seven Brides for Seven Brothers is an authentic piece of Americana, a time-tested romantic comedy with a special, contemporary relevance. The foot-stomping stage version features all those wonderful songs you loved from the film, including “Sobbin’ Women,” “Goin’ Courtin’,” “Wonderful, Wonderful Day,” and of course the iconic “Bless Your Beautiful Hide,” in addition to new songs, such as “Love Never Goes Away” and “Where Were You,” which were written for the stage version.

The men in question are Adam and his six unruly brothers, who think they know where a woman's place is and how to keep her there. It takes Milly—Adam’s wife—and six other savvy women to show them who's boss.

Patrons of Springhouse Theatre will recognize plenty of STC veterans on stage, along with some wonderful new faces. Alyssa Krebs takes on the role of “Milly” and Springhouse newcomer Callum Ammons inhabits the role of “Adam.” The 40+-member cast is directed by Paula K. Parker, with musical direction by Nathaniel Paul and choreography by Elizabeth Krebs.

Musical theatre at its finest, you’ll want to see Seven Brides for Seven Brothers with someone you love. After all, nobody wants to be a lonesome polecat.

You'll Want to See This