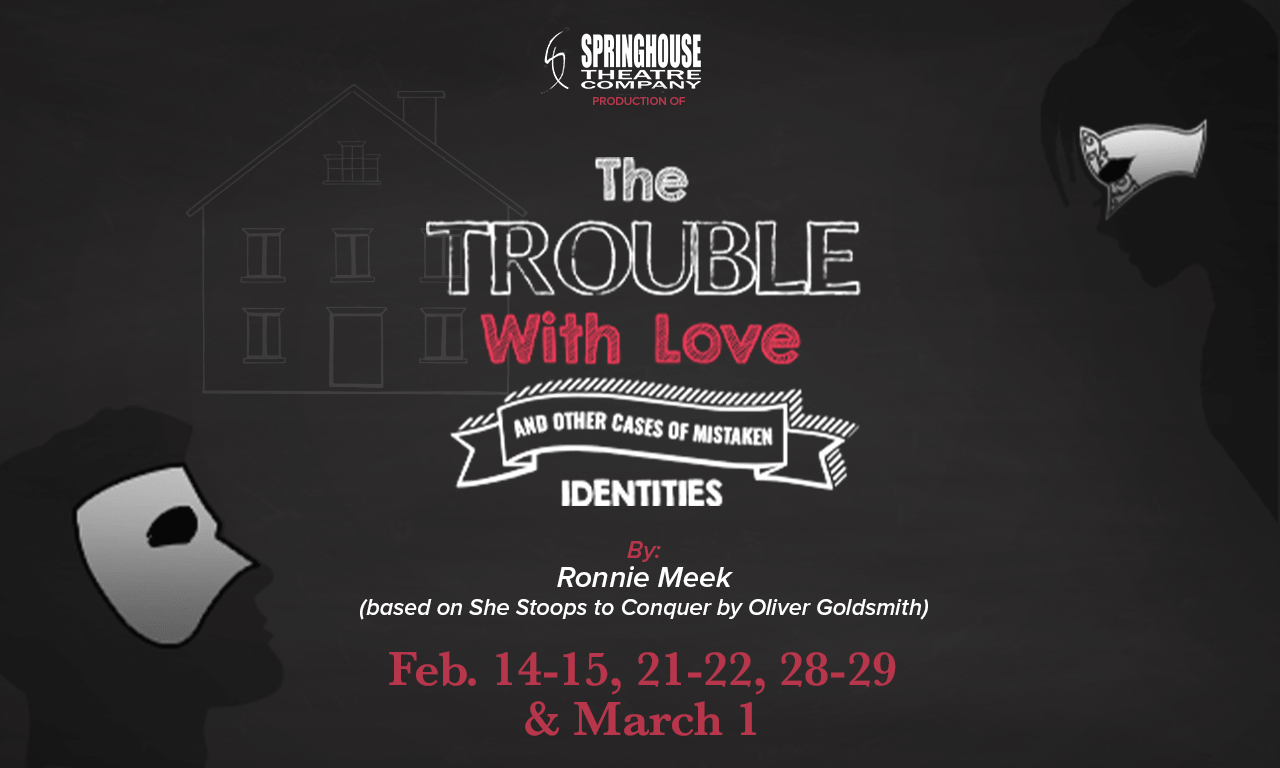 The Trouble With Love

(And Other Cases of Mistaken Identities)

(based on She Stoops to Conquer by Oliver Goldsmith)

It all comes to a head after a practical joke goes awry in this hilarious two-act play based on Oliver Goldmith’s classic comedy of manners, She Stoops to Conquer.

The Trouble With Love is presented by special arrangement with WordCrafts Theatrical Press.